The store will not work correctly in the case when cookies are disabled.
Discovering the Blue Planet
Ciao

The Oceans: vast expanses of salt water that cover 3/4 of the Earth's surface, not surprisingly nicknamed "The Blue Planet". The importance of the oceans for the environment is fundamental, in fact they guarantee, through sea currents, the mild and temperate climate that we love so much and that makes the earth such a hospitable and prolific place for life. In addition to being important, these immense expanses of water hide some very special curiosities, are you ready to discover them with us?

THE FOURTH AND FIFTH OCEANS

Do you know how many Oceans there are? If your answer is three, you are wrong because, according to some, there are a fourth and a fifth. For world geography, in fact, the Oceans are three: Atlantic, Indian and Pacific, some scholars however add to the list the Arctic Ocean and the waters that surround Antarctica, for a total of five, a nice curiosity, not officially recognized, to amaze the teacher. of geography.

SOCIAL NETWORKS ON THE BOTTOM OF THE OCEAN

In addition to fish and other animals, many social contacts swim on the bottom of the oceans. You got it right, 97% of web traffic in fact passes on armored marine cables positioned on the bottom of the oceans. The first was positioned in 1858 in the Atlantic Ocean, a very long cable that starts from America and reaches the old European continent. Think how far our chat messages and emails go!

THE LOWER POINT OF THE PLANET

It is called The Mariannes Trench and is located in the Pacific Ocean, off the Japanese coast, and it is about 11,000 meters deep, yes you understand. A deep black hole that some reckless explorers have examined from top to bottom, thanks to super sophisticated instruments such as diving suits or small submarines, real underwater ships. Near the pit, as well as all the other underwater pits, there are several underwater volcanoes, inhabited by the most varied species of fish and microorganisms.

The fire belt is not an item of clothing but a 40,000 km long belt on the edge of the Pacific where the largest amount of volcanic eruptions of the plant is recorded: over 75% of the total. A fascinating and dangerous place, in fact the places near the belt of fire are characterized by frequent earthquakes, who of you is brave enough to visit them?

← Previous Next →
Recent Posts
Children's shoes, how to choose them and match them with clothes.
Special day dress for your children: here are our solutions for him and her.
Italian Essence: the new Spring / Summer 2022 collection is born, celebrating Italian beauty and excellence. 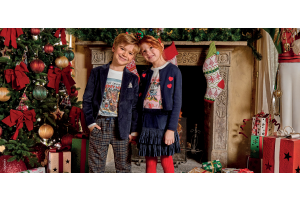 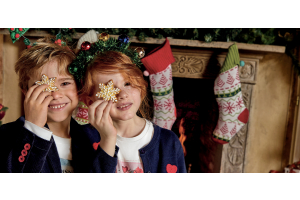